A bill was recently introduced into the Colorado House that is of concern to me and should be a concern to other manufacturers and users of cosmetics, House Bill 1248 the Safe Personal Care Products Act. With good intent this bill proposes to make our cosmetics and personal care products safer. Who could argue that? But there are flaws with the bill that would diminish the aesthetic value of our cosmetics and harm small businesses while doing nothing to actually protect the cosmetic user. The author of this bill, Rep. Diane Primavera (D-Broomfield), is a cancer survivor. With no obvious answers as to why she got cancer she decided to blame her personal care products and thought steps should be taken to protect them. Well I’m not saying there is no work to be done in making cosmetics safer, but let me explain some of this bill to you. This bill bans cosmetics that contain any substance deemed a carcinogen or probable carcinogen by the following:

EPA Group A, Group B1 and Group 2B

International Research Committee on Cancer group 1, Group 2A and Group 2B

Or identified by the FDA as a carcinogen.

One argument for this bill has been that in the European Union roughly 1,100 chemicals are banned from cosmetics while the Food and Drug Administration only bans 10. However, numbers can be deceiving and many of the 1,100 chemicals that are banned are not things that are even used in cosmetics. Nor are most of the substances found on the above lists would never be used in cosmetics. Do we really need to take the time to outlaw glass wool and plutonium from our cosmetics when they would not be used in the first place?

After reading over the lists, there are a few things on the lists of interest that you may want to know about.

1. Alcohol (ethanol) – Sure excessive drinking can cause liver damage and cancer. However, there is no evidence that alcohol on the skin causes any damage. Some cosmetics companies are using alcohol as an alternative preservative to prevent bacterial growth. Alcohol is also a common solvent used by natural perfumers.

2. Lead – no, lead should not be in cosmetics, however, lead is found in probably all water sources. Since this bill does not address limits, any product containing water could be banned.

3. Coffee – did you have your cup this morning? I hope you didn’t get it on your skin. Coffee is used in some cosmetics products such as shower scrubs because there is evidence that it can help prevent cellulite.

4. Pickled vegetables – ok, not a cosmetic ingredient but should a pickle with your sandwich be outlawed?

5. Methyl eugenol – this name may sound daunting but methyl eugenol is a wonderfully aromatic chemical that is found in essential oils of basil, citronella, cinnamon, rose as well as others. Will you really stand by and let someone take roses away from you?

6. Caffeic acid – Again, although the name may sound daunting, caffeic acid is an incredible molecule found in many plants. Many studies have found that caffeic acid can be protective against cancer. How it got on the carcinogens list is beyond me.

7. Estrogens – estrogens are a very large family of molecules that interact with the estrogen receptor. Some are thought to stimulate growth leading to cancer, others can block growth leading to cancer. Phytoestrogens from plants are known to be beneficial to the skin and slow the aging process. Many vegetable oils are high in phytoestrogens and used in skin care for the purpose of antiaging. These include rice bran oil, olive oil, safflower oil, grapeseed oil, shea butter and almond oil. These and more would be disallowed.

8. Safrole- Another aromatic oil found in cinnamon and sassafras.

What this says is that any blanket list needs to be properly interpreted. Route of administration as well as dosage are important considerations. For instance, most cosmetic products contain water which is generally considered safe. However, water by inhalation is fatal. The American Cancer Society warns carcinogens do not always cause cancer or under all circumstances and that a list says nothing about the likelihood of an agent causing cancer.

Cancer research has been a big part of my life. As a scientist I spent 15 or more years studying and researching toxicology and cancer. One thing that I know is that we really do not know in much detail what causes cancer. But we do know that no one has died or gotten cancer from cosmetics products. However, people have gone blind and gotten serious infections from improperly preserved cosmetics. Cancer has also touched my life personally. I have had two siblings die of cancer so I understand the pain of cancer. But this bill is not a solution. The American Institute for Cancer Research suggests that 60% of cancer could be decreased by lifestyle changes that include; loosing weight, stop smoking, decrease alcohol consumption, exercise and eat 9 servings of fruits and vegetables a day.

This bill also puts enforcement on the private citizen allowing a consumer to sue any company using any ingredient on the above lists. The bill is supported by an alarmist group called the Campaign for Safe Cosmetics. Some companies who have signed this agreement will be in violation of this bill. If it passes will they change their formulas or just hope that they are not found out and continue to use the logo for marketing purposes?

What are your thoughts?

Links to other articles
http://essentialu.typepad.com/my_weblog/2010/02/colorado-safe-personal-care-products-act-take-action-immediately.html 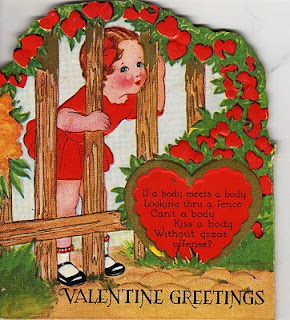 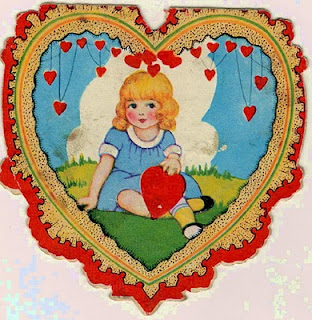 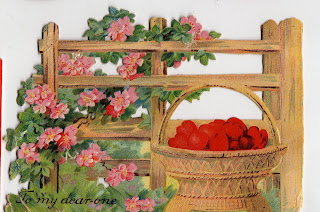 Kids exchange the craziest Valentine's Day cards now. I really like these old ones. I found these cards in an old trunk of my Father's after he died. They are cards he evidently exchanged in school. In celebration of this feast of St. Valentine I wanted to share these with you along with some of their contents:

I cannot turn my thoughts away from you, My Valentine.
To-day, and if I had the wings to glide I'd soon be standing at your side!

People love flower
Flowers love dew
Some may love others
But I love you.

If a body meets a body
Looking thru a fence
Can't a body Kiss a body
Without great offense?


Have a great Valentine's weekend everyone.
Posted by Cindy No comments:

Its cold and snowy outside again good day for baking. We've got cranberries in the refrigerator and our chickens have started laying a few more eggs; enough that I can use for baking at least. When they come into full force in the spring maybe I'll make some egg soap?? But here is the cranberry bread recipe I made this morning:

Bake at 350°F for 55 to 60 minutes or until done (a toothpick inserted into the center comes out clean). Cool in pan for 10 minutes then eat! Great for a cold day.

Now I hope the snow stops by the time we go to our SuperBowl Party.

Posted by Cindy No comments: