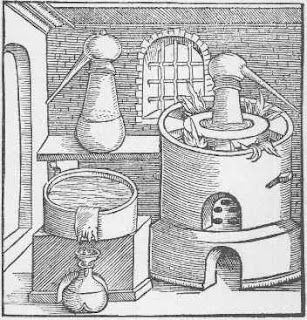 The fields of organic chemistry and herbalism are intimately linked. Early healers were both botanists and chemists. Now it seems the two fields of herbalism and chemistry have become schismed in some minds and the word chemical has taken on a negative connotation. Some people even boast that their products are ‘chemical free’; impossible I say!

Since I am often asked about herbal extracts I wanted to address that issue. To extract means to obtain from a substance; primarily by chemical or mechanical action. Before making an herbal extract you first need to consider the chemical and physical properties of the substance you want to extract from the herb.

Most extractions are based on solubility of the chemicals of interest. The most common herbal extract is a tea (or tisane). This type of extract is based on water solubility. If you pour water over an herb and let it steep, the water soluble chemicals of that herb will be released or dissolve into the water. This process is speeded up with heat. Water is a polar substance and will extract other polar substances. Examples of polar substances include flavononids (pigments) and polyphenols, organic acids (formic acid, acetic acid, glycolic acid, lactic acid), sugars and glycosides. A water extract is the best way to isolate the antioxidant properties of flavonoids.

The other most common herb extract is based on solubility in oil rather than water. We know oil and water do not mix (think of salad dressing). This is because water is polar and oil is nonpolar. Herbs are often extracted into almond oil, olive oil or grapeseed oil. An extract in oil will release the oil soluble or nonpolar chemicals of the herb such as fatty acids, lipids, carotenoids (lutein, zeaxanthin), tocopherols (vitamin E) and other oil soluble vitamins, terpenes found in essential oils. If you want to extract carotenoids from an herb, an oil extract is the best way to go.

Other solvents such as ethanol, hexane or CO2 can extract some chemicals that are polar and some that are nonpolar. Hexane is an inexpensive method of extracting large quantities of nonpolar molecules and can form concentrated mixtures; more so than extracting in oil. Hexane will also dissolve some small polar molecules that are soluble in water. We won’t go into safety issues here.

One other method of extracting chemicals from plants is by distillation. Distillation has not much to do with solubility but rather vaporization points. It allows a volatile substance to be separated fro a non volatile substance. Distillation is probably most widely used for producing alcoholic beverages after fermentation of plant sugars by yeasts. Ethanol boils at 78ºC while water boils at 100ºC. Because of its lower boiling point, ethanol will begin to boil and evaporate (turn to gas) when heated before the water does. Using a proper apparatus to collect and condense the steam, ethanol will be separated from the water. This process is of course not complete because much of the water will evaporate at the same time. Below is a picture of a basic distillation unit.

Herbal components can be separated by distillation in the same manner. Water and herb are put together into a flask or pot and heated until the temperature reaches a point where steam is formed. The steam as well as anything with a boiling point near that of water will evaporate (turn into gas) to enter the column part of the still and then the condenser to return to a liquid form. Herbal compounds that enter the distillate portion include a complex mixture of essential oil, water, and organic plant acids. If enough volume is distilled, eventually the distillate will separate out into oil soluble and water soluble components with the essential oil floating on top of the water soluble components. The watery portion of the distillate is considered waste by many large manufacturers of essential oils. However, many smaller companies (Sagescript included) distill primarily to obtain the watery distillate. These herbal distillates are often called hydrolats, herbal waters or hydrosols. So the alchemist (or spagyric) and the chemist are none to different.
Part of this article was extracted from a presentation I gave at the International Herb Association, 2007. 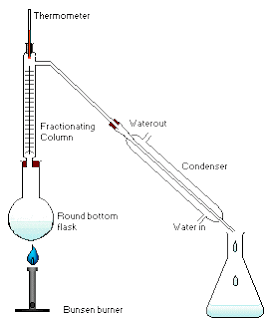 How fun the One World One Heart Giveaway has been. I never thought that I would have over 200 comments on my blog, especially after joining in late. I have also visited some very impressive blogs and seen some very impressive art over this journey. I wish I had the time to read each blog every day. I used Random.org to generate a random winner for my contest and it turns out to be
Peggy Pilapil-Lasa from the Philippines. Her blog is http://peggyapl.blogspot.com/
She won mohair, lavender and an herbal distillate that I distilled over the summer. She wants the mohair uncombed and curly to use as doll’s hair. Oh, I can’t wait to see what she does with it.

I decided to draw a second place winner and that is Deb at Katuragreetings.blogspot.com. A second place prize was not mentioned in my post so I will wait and see what she wants; perhaps a little lavender or some mohair or even a bar of soap. I haven’t heard from her yet though.

Now its fun to give gifts, but also fun to get gifts and I was happy today to be a prize winner today as well. I won some cocoa butter and some shea butter from The Soap Dish in a contest they had on Twitter. How lucky is that; its just a give and take!

There was a brief article in a Denver online newspaper featuring my chocolate soap as a green Valentine’s Day gift. You can read about it here.
http://www.examiner.com/x-2974-Denver-Sustainable-City-Examiner~y2009m2d11-Green-valentine-part-3-indulging-in-Colorado-Aromatics-Chocolate-Orange-Soap
or: http://tinyurl.com/azuska
Although its too late to get your chocolate/orange soap by Valentine’s Day you can still order it just for fun as well as the chocolate lip balm. 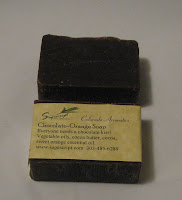 Unfortunately, The Colorado Cupboard where I sell my products locally is closing at the end of the month because of the economy. I’ll be looking at other local shops in hopes of finding a niche. If you live in Longmont though, you can buy my new ‘Beer Soap’ at Left Hand Brewery. I have made JuJu Ginger Beer, Milk Stout Beer, and Harvest Wheat Beer all made from their very own beer. They are deliciously wonderful with a very fresh smell.

Happy Valentine’s Day to All.
Posted by Cindy 1 comment: 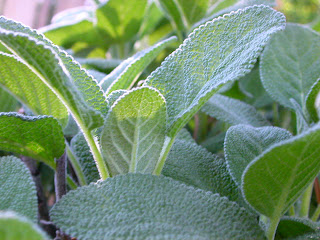 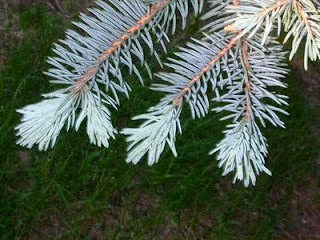 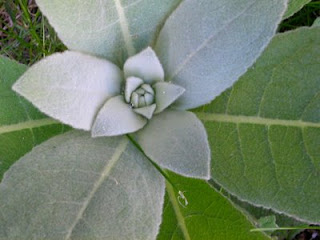 Games are fun especially when the lead to an easy blog post. Maggie at Prairieland herbs blog tagged me for this "6th picture meme". By the way, here is the definition of meme given by wordnet.princeton.edu: "a cultural unit (an idea or value or pattern of behavior) that is passed from one person to another by non-genetic means (as by imitation)." The rules of this meme are:
1.Go to your Picture Folder on your computer or wherever you store your pictures
2.Go to the 6th Folder, then pick the 6th picture in that folder
3.Post that picture on your blog and tell the story that goes along with the picture.
4.Tag 6 other people that you know or don’t know to do the same thing and leave a comment on their blog or an e-mail letting them know you chose them.
This had me a little worried as my computer is full of quite a few crazy pictures my son takes, so I was happy to see that the sixth folder was just herbs. These were pictures I took in my garden several years ago shortly after getting a digital camera. The top picture here is the sixth picture. It is a sage (Salvia officinalis) called Bergarten. It has shorter and rounder leaves than the typical garden sage and is a very low and dense grower. I remember getting it at a Herb Society plant exchange. It grew very nicely for me but now that we have moved I do not have one anymore. Perhaps that will change this spring! I use sage as a culinary herb but also as a tea to gargle with for a sore throat. Actually, my son right now has a red inflammed eye and I gave him a sage tea on a washcloth to put on it. Seems to be doing much better now.
Because this folder was full of herb pictures of course I had to post a few more. The second picture is that of blue spruce which I use alot for distillation. It has a nice woodsy aroma. The next picture is a mullein (Verbascum) rosette. Although I like to keep a couple mulleins growing, it is hard to control their spread. The flowers of mullein infused in oil along with garlic can be used as eardrops for ear pain.
The blogs I am tagging for this are:
Mountain Mary's Blog
Leos Favorites
Rosemary House
Violet Lady at Home
Mary Ann Kudera
Inner Ki Journal
I hope they like to play!
Posted by Cindy 3 comments:

I hate buying salad dressing when it is just so easy to make. Here is the dressing I made last night for dinner. It was very good and can be altered depending upon what herbs you have on hand.

Winter colds got you down? I will be presenting “Herbs for Cold and Flu” at the Advanced Family Chiropractic Center in Longmont on Tues Feb 10, 5:45. Call them for more information, 303-772-8311. I also sell several cold and flu products including ThymaFlu (an herbal mix for cold and flu) and Herbal Vapor Rub (chest rub for congestion and pain). You can see these products on my newly redone website at http://www.sagescript.com.

Need some last minute Valentine’s gifts? How about chocolate soap? It has the skin benefits of cocoa flavonoids without the calories. We also have Lavender Shea Soap, Rose Geranium Shea Soap, Calendula Oatmeal Soap as well as massage oils.